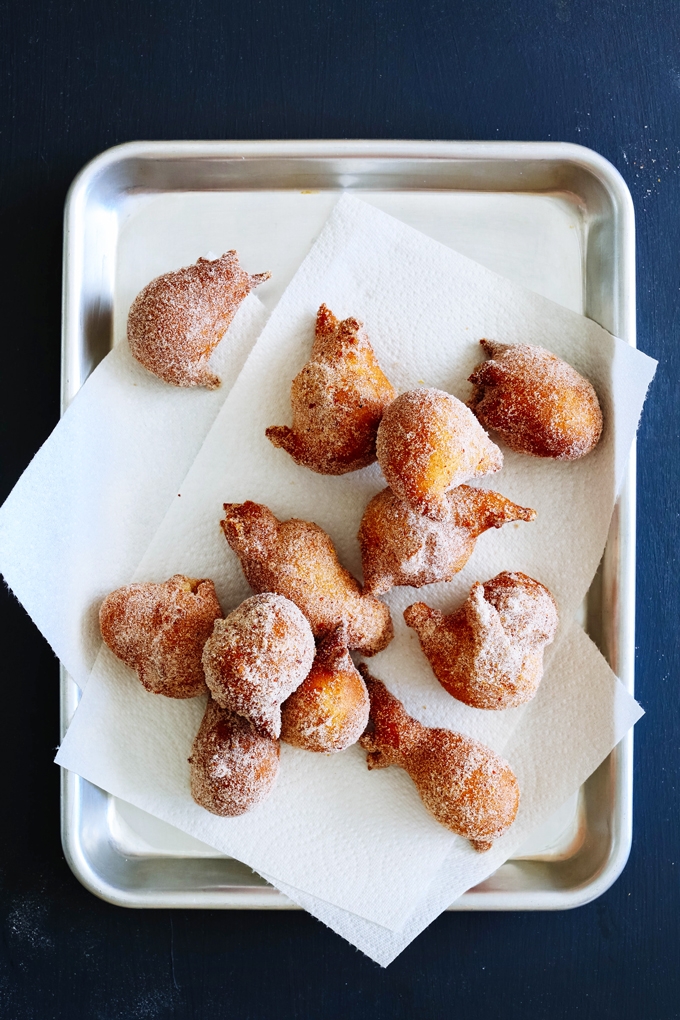 These Cinnamon Chile de Arbol Donut Holes are inspired by my latest donut obsession in San Diego, Nomad Donuts.  If you follow me on Instagram, I’m sure you’ve seen plenty of donut photos that feature their tasty creations.  Nomad regularly serves flavored donut holes, and my favorite is their cinnamon chile de arbol variety.  So much so, that I decided to recreate them at home.  After several wonderful rounds of recipe testing, I finally landed on a method that may just be tastier than the original 🙂

This recipe starts with a simple mix of freshly ground, toasted chiles de arbol, ground cinnamon and sugar.  A topping for the fried donut holes that’s got the recognizable warmth of cinnamon sugar paired with the exciting spark of dried chile.  Toasting the chiles before grinding provides another layer of flavor that works well with the cinnamon.  This spice-flecked topping is tossed with the freshly fried donut holes, creating a lip-tingling treat perfect for breakfast or dessert.  Continue reading for the recipe plus ideas for a National Doughnut Day party! 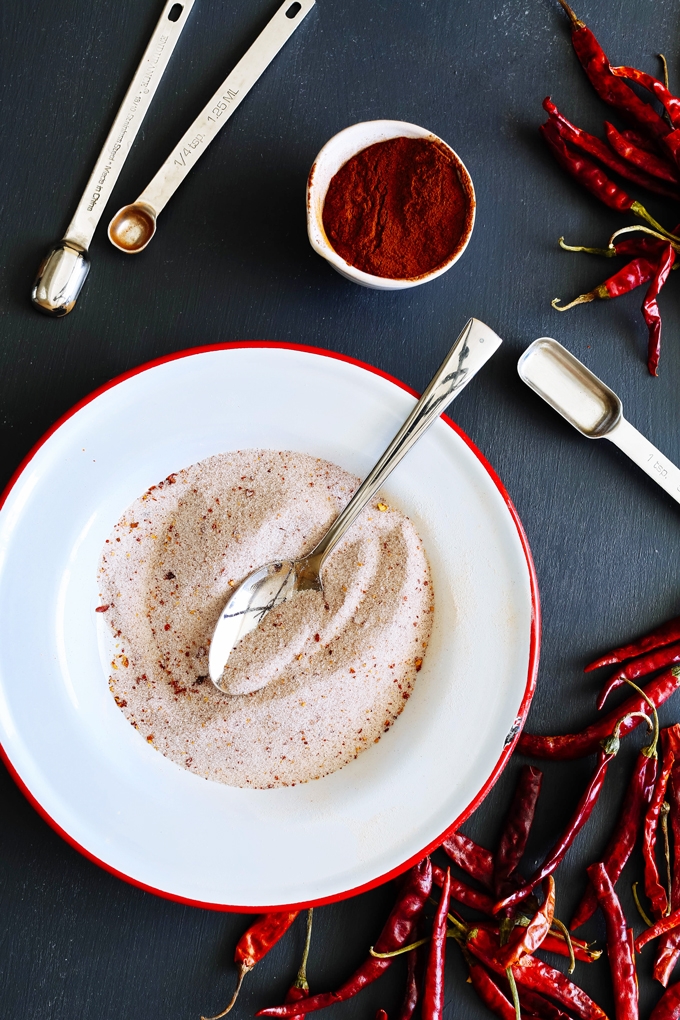 Making donuts holes at home is a simple task that requires some pantry staples, a heavy pot, neutral oil and a candy or deep-fry thermometer.   The batter is made with flour, sugar, baking powder, salt, milk, an egg and butter, similar ingredients to a pancake batter.  The use of baking powder (instead of yeast) here, classifies these donuts as the “cake” variety, and also makes the process much easier.  Once you’ve mastered the basic donut recipe, try switching up the toppings:

To take your National Doughnut Day celebration to the next level, make several of the varieties above, and invite all your friends and family over. Serve with plenty of hot coffee. 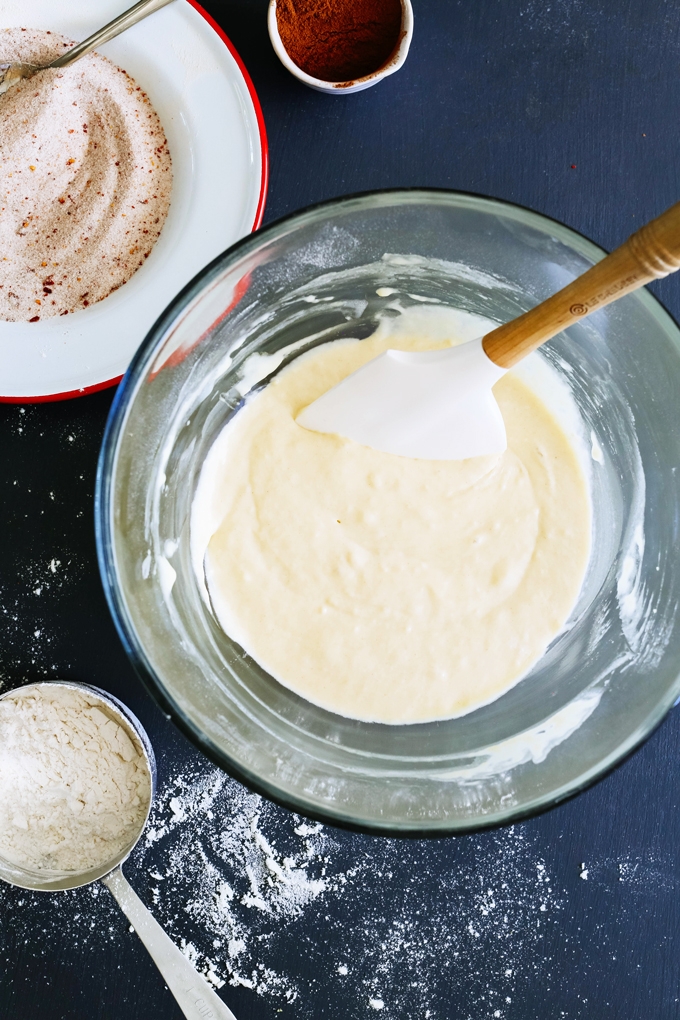 It’s nearly impossible to resist eating these donuts warm, right after tossing in the cinnamon chile sugar. Go ahead and indulge, but save some for your party guests :)! 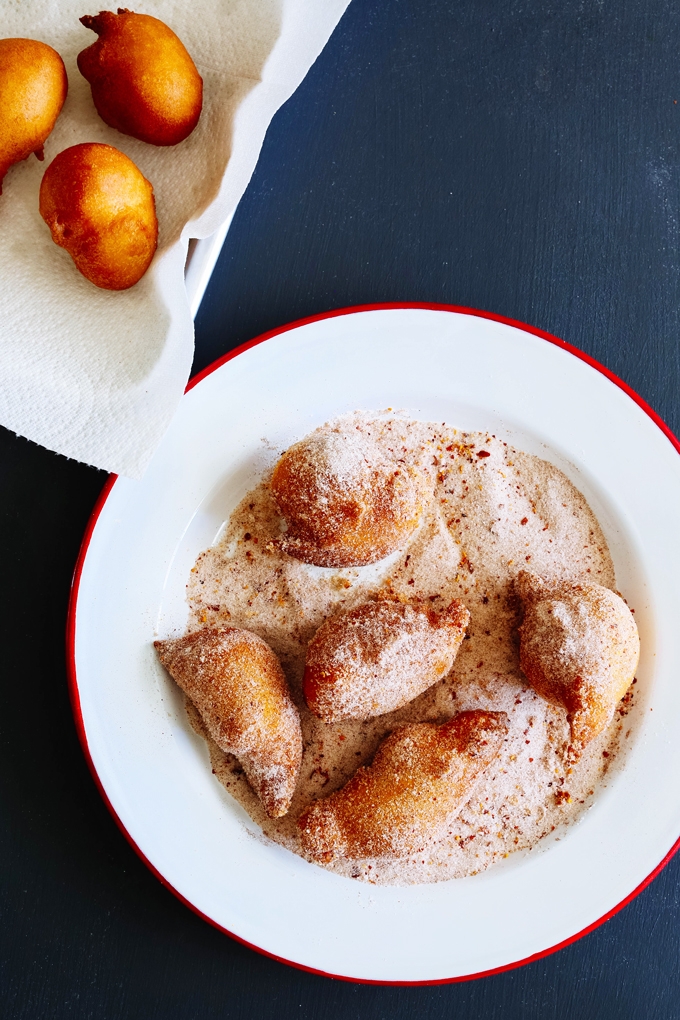 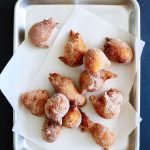 Here are some other coffee and donut-inspired treats found on Kitchen Konfidence: 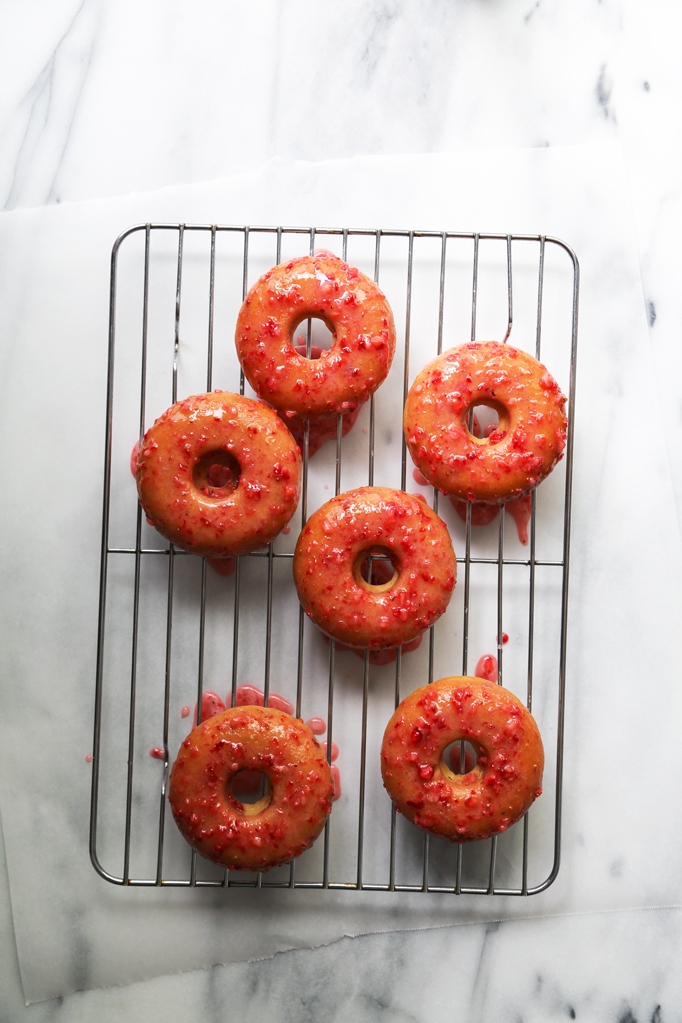 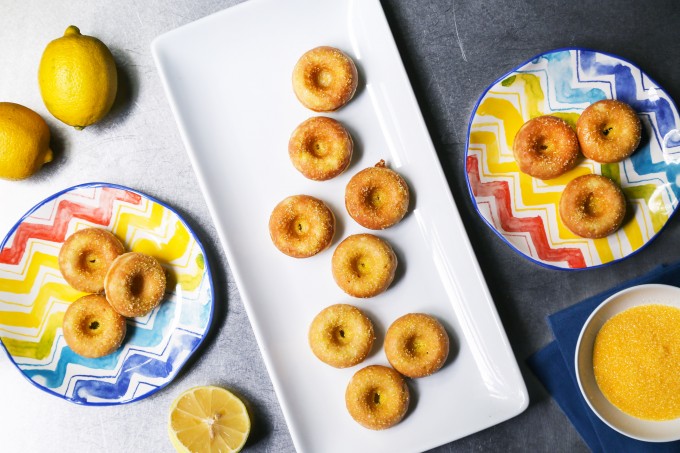 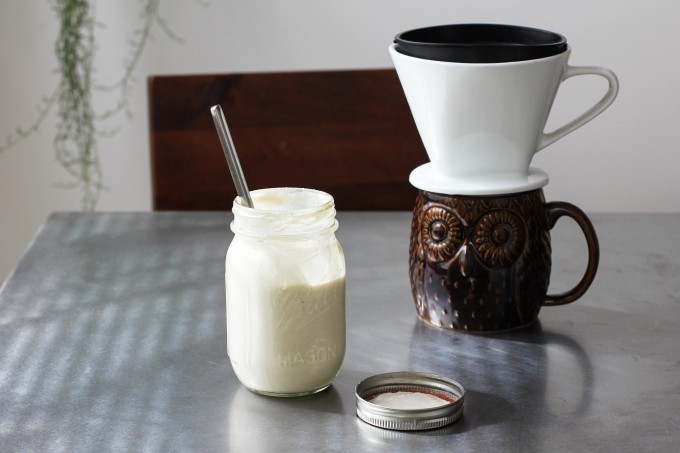 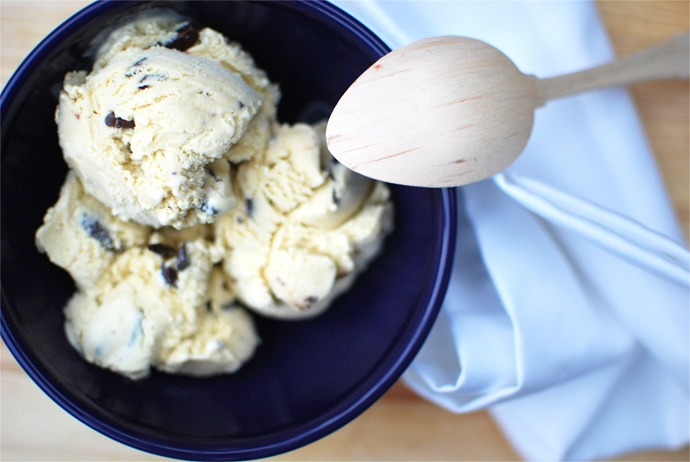